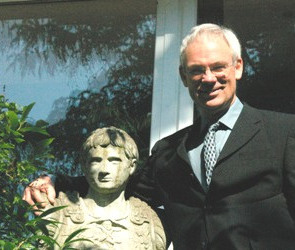 I went to Hastings Grammar School, founded by William Parker in 1619, which has since been merged into Ark Alexandra Academy.

I won a scholarship to Oriel College, Oxford, to study Modern Languages, but took my degree (MA) in Philosophy, Politics, and Economics.

Much later I took a degree (BA) with The Open University in maths, with a little physics.

My first job after graduating was in industrial market research with the Economist Intelligence Unit (EIU). I then worked for a year in town planning at the London Borough of Haringey.

My first IT-related job was as a COBOL programmer with the J Walter Thompson Company (now Wunderman Thompson).

I was employed by Computer Systems and Programming Limited (CSP) from 1968, working on programming, systems analysis, project leading, and standards development. In 1978 CSP was taken over by Data Logic, and I worked there as a systems analyst, project manager, and consultant, including a fact-finding tour of the USA as part of a study into "the office of the future" for Raytheon Europe.

In 1983 I joined Digitus Limited, a systems house specialising in microcomputers and personal computers, During my time with Digitus I worked on industry surveys leading to the publication of The UNIX Report and other Digitus reports, presented seminars on office automation and other subjects, led IT training courses, acted as Quality Assurance Manager, and undertook a variety of consultancy projects, ending with a 16-year contract with the Ministry of Defence on ofice automation. This project was renewed from time to time until 2006, but a series of takeovers meant that my actual employers were ECsoft UK Limited from 1996, Pink Elephant UK Ltd from 2001, and Getronics Limited from 2005.

In 2006 and 2007 I worked part-time for CRU International as a marketing assistant and database designer.

From 2007 to 2012 I was a self-employed computer tutor, initially as one of the nationwide Digital Unite team of tutors.

I acted for several years as a volunteer webmster for Age UK Croydon; I also volunteered there one day a week as a computer tutor, until this service came to an end.

I have worked as a webmaster and in other ways for several social groups in Croydon, and helped to set up Silver Rainbow, for older gay people in the Croydon Area.

I was for many years an Executive Committee member of CHE, the Campaign for Homosexual Equality, and in 2020 helped to set up the CHE Research Trust (CHERT) as an educational charity.

Since moving to Scotland I have become Secretary of The Falkland Society.